The Ambrosian Empire is a newly formed nation comprising the various islands of the Southeastern Islands.

The southeastern islands have a long history of community. Many of the islands have long supported each other to be independent of outside imports, forming various alliances. However not all the alliances could support themselves, and would turn to looting neighbouring islands for the needed supplies. This lead to much warfare in the Islands. The Ambrosians alliance was a formation of Islands near the Edge of the Stormwall, and had to contend with raids from neighbouring islands and things from the Stormwall. Growing tired of the constant danger, they decided to unify the Stormwall. Many of the alliances had similar issues and were easily convinced to join, others found that the growing Ambrosian Empire could easily take them in a fight. In the end the unification of the Southeastern Stormwall islands was rather peaceful, with very little bloodshed. Even the alliances and Islands that had first refused, found life was easier with the support all the islands.

(To be filled in later)

As one would expect, the Ambrosians have a strong naval fleet. While certainly more advanced ones exist, theirs is quite capable of fending off any assault. Many still use wind sails with more modern engines as back up. This is due to the Stormwall. Should a pursuit or engagement lead too close, the electrical systems could short out and make them useless.

They also have tamed Iatneh in their fleet. Creamjaw, a rare Undead Iatneh, is generally used only in major offences. It can fling a highly acidic compound from its tentacles. Gailbowel is a docile Iatneh that is milked for a similar acidic substance for weaponry. Steelscale is a dwarf Iatneh, used for both armor (its scales are quite strong and make for excellent infantry shields) and disrupting enemy fleets. It lacks the gripping power of other Iatneh, making it unable to drag ships down. However an Iatneh inside one's fleet formation is still a problem regardless, as Steelscale can push ships off course and into each other. It can also grab sailors off the deck if the ship is short enough. (As of the moment, all are currently "docked" as the Ambrosian Government is still debating the Iatneh issue. To use these three now would make them appear hypocritical considering their current stance on Iatneh fishing)

Another strength of the Ambrosian Marines is the Stormwall. Many things come out of it, some of a weaponizable nature. Many of their elite forces or ships are armed with these devices. It is even rumored they have a tree bearing fruit that grants one powers. The Stormwall has also given them experience. From Iatneh attacks, to super powered freaks, the stormwall has thrown many things at the islands. The Ambrosians have learned many tactics for taking foes stronger than themselves, either phyically or technolgoically. 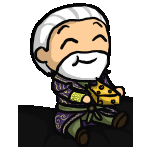